Connect and share knowledge within a single location that is structured and easy to search.

Risk assessment of getting closed during Beta?

I've come across a closed SE site for startups with the claim it was not active enough during Beta. 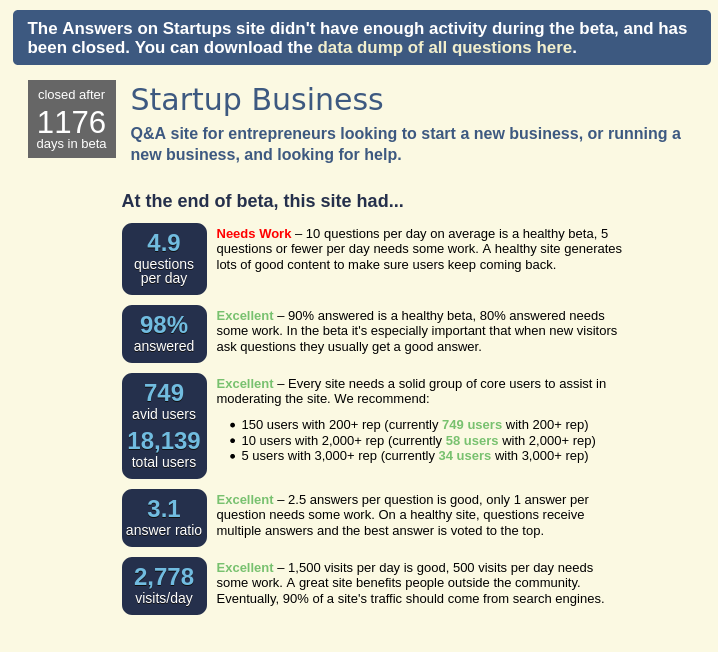 Comparing it to our site stats (as of Jan 05 2020) gives an unpleasant feeling. 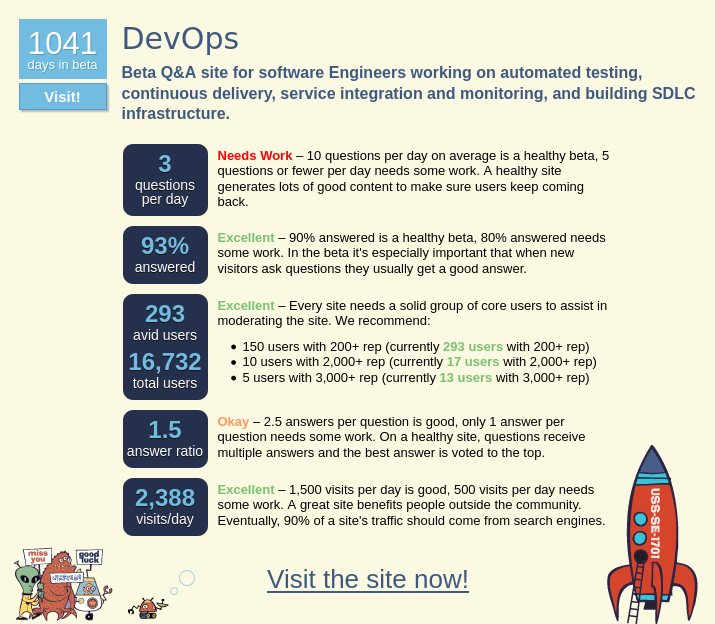 Could we be moving towards the risk being not active enough by StackExhange standards with a subsequent closure during this year?

Don't take a 5 years old thing as indication for the present :)

Startups had a drop in activity at this time an noone to take care of it, hence its closure (as was its previous iteration, as explained here).

Quoting Robert Harvey (now no longer part of SE along with Shog9) from meta:

As discussed in: Graduation, site closure, and a clearer outlook on the health of SE sites, just about the only criteria remaining to keep a site open is having enough users (three minimum) willing to step up to Moderate♦ it.

In my opinion, Stack Overflow the company won't close something as long as it drives traffic to show ads as that's mostly the only thing they have interest in now, building communities and good quality knowledge bases is no longer their goal.

Late addition: I just seen This MSO question which seems to mean the company would like to combine this site along with others under StackOverflow "brand". My sad interpretation of their behavior in paragraph above would be confirmed if they close devops.se in favor of a devops-* tags in StackOverflow.

Not the answer you're looking for? Browse other questions tagged .

Welcome!
This site is for discussion about DevOps Stack Exchange. You must have an account there to participate.
Help

3
Understanding growth of our community vs. user base estimation from other resources

17
What should the name of our main chatroom be called?
2
Reputation # for closing questions
1
Should "Is Docker right for my use case?" stay open?
3
Understanding growth of our community vs. user base estimation from other resources
4
DevOps job role's question got closed?